Congrats on getting your audition! Let's get to work. I'm an NYC, AEA, SAG-AFTRA actress working the past 25 years in t.v. and theatre. My husband is also an actor so I've put in a lot of time running lines, being a reader, coaching and taping. I also seek coaching and reading for most roles and auditions so I can relate and am always expanding my skill set.

I'll let you lead, let me know what you need out of our time together, and what you don't need, it's your process.

I genuinely love script analysis and helping actors do their best work, stand out and feel confident. Let's do this!

Kathy McCafferty is an actress, known for The Gilded Age (2022) Little America (2019) 30 Rock (2012), Dates Like This (2013), House of Cards (2013) Law & Order: SVU (2012), Law & Order: CI (2001). Broadway Tour of "The Curious Incident of the Dog in the Night Time". 20 years of regional theatre. Favorite roles include Blanche in "A Streetcar Named Desire" (best actress nom) Regina in "The Little Foxes", Rosemary in "Outside Mullingar", Leontine in John Cleese's "Bang, Bang!". Work includes off -Broadway at Lincoln Center, regionally across the country including 6 seasons at The Williamstown Theatre Festival. Kathy is a company member at The Actor's Center, studied with Bob Krakower, Mariah Aitken, Ron Van Lieu, Seth Barrish at the Barrow Group, and has BFA from Boston University School for the Arts. Accents available: Irish, Scottish, British RP, Cockney, Boston (from there!), Southern, Midwestern, and a really over the top French accent she used in "Boeing, Boeing"- there was a Russian in there too for "The 39 Steps", but it's not so cute. She loves her work teaching theatre games and courage to the littles with Child's Play NY. 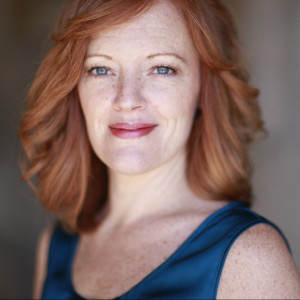