I am an up and coming actress from deep in the heart of Texas!

I graduated from Our Lady of the Lake University San Antonio. I have a BA in Cinema Studies with a concentration in Film and Theater.

I love helping and collaborating with actors and learning from them as well. I am available to give feedback and ideas if needed.

So excited to work with you all! Let's do this!

I started acting at the young age of eight years old. Then when I was 12, I joined a touring youth theater company with the Guadalupe Cultural Arts Center called Grupo Animo and got paid to do community theater all around Texas. From the age of twelve to eighteen I had the privilege to be in 12 Theater Productions. When I turned 18, I wrote, directed, acted and produced my first full length production in a community theater that ran for four weeks. In college I decided to give theater a break and study film and got a BA in Cinema Studies from Our Lady of the Lake University. Since then I have been in several commercials and have done several short independent films. 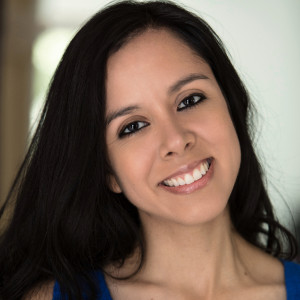 Karina was patient writing with me on a script full of technical jargon. "
"

Karina is great and super helpful!! "