*I'd love to help you make interesting choices!
*I do it for the love of the craft.

I'm excited to meet and read with you!

The youngest of 3 boys, and first generation American, Kalen was born and raised in San Antonio, Texas. Although he excelled in such sports as baseball, football, boxing, his dream as a child was to become a professional player and play for the Texas Rangers. After getting into boxing, Kalen won multiple national championships, and traveled across the U.S. to train and compete. At 19, he took his first acting class, and realized this is what he really wanted to do. Although still active in sports, and trains on a daily bases, Kalen Austin now resides in Los Angeles, California, and is working towards his bachelors degree in Acting and Film. He looks forward to one day utilize his physical skills on the big screen. He’s also currently involved in producing his first web-series. 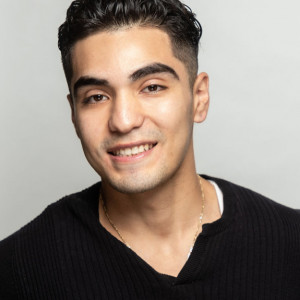