Hi! I'm Kahlie (pronounced like kay-lee, thank you parents!), and I'm an actor, writer, director, producer, and singer who has been in "the biz" professionally for 9 years. You can check out my full bio at www.kahliemetz.com.

Need a self-tape reader, audition coach, or have casting confusion?As a professional storyteller with a keen sense of detail, and a trained musician for 15 years, I can help you not only bring characters to life, but help you find "the music" of the scene (every scene has it)!

I've recently coached actors for the Lizzie McGuire re-boot, various casting workshops, and Daisy Jones and the Six (actor got a callback! Woohoo!).

I'd love to work with you too!

Actor, writer, director, producer, singer... Kahlie is a storyteller of many hats whose roles range from the offbeat Southern belle, Starla, in her film "STARSTUCK," to the hopeful and ambitious Alice Beane in "Titanic: The Musical." You could say she enjoys portraying strong-willed characters.

She just appeared on a new TV show "My Crazy Birth Story," playing a frazzled, pregnant mom who (you guessed it!) has a crazy birth story. Her latest film, "DASH" was recently released at the BHP Film Festival to overwhelming praise.

A country girl at heart, she can often be found rocking out at a Keith Urban concert, daydreaming around Disneyland, or getting her hike on at Griffith Park. She currently sings with the Reality LA choir, and with the group has performed at the Dolby Theatre and Hollywood Palladium, and has recorded songs at Capitol Records for an upcoming album. 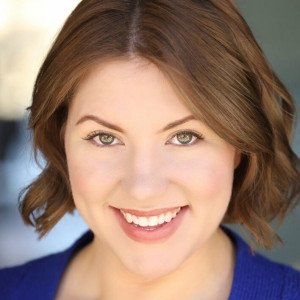