Do you need help with an audition ASAP? Or need someone to bounce ideas off of or just want to play and create? Well then let’s do it!

We can read, rehearse, coach - whatever you need!

I am an actor/singer/musician based in NYC. I've trained at the T. Schrieber Studio & Theatre in Chelsea as well as the Shakespeare Theatre in Washington D.C. I'm currently studying with The BGB Studio based in LA.

I've worked professionally in both the NYC and Southeast markets for the last 5 years from national commercials to indie features.

Julia's recent credits included the lead in a psychological thriller titled "Twine" directed by Scott Bolger as well as two national commercials - one for Homedepot and another for Indeed.

A real sci-fi and fantasy geek and foodie, Julia enjoys shooting her long bow and hosting dinner parties so she can woo her guests with her home-made sauces and crush them at strategy board games. Currently, she is studying online at The BGB Studio based in LA. Previously, she studied with the Shakespeare Theatre Company in Washington D.C under Helen Hayes award winning actress Naomi Jacobson and attended conservatory at the T. Schrieber Studio & Theatre in NYC and studied under the late Emmy Award winning director Peter Miner.

Her tribe is among creatives who have a passion for interpreting culture and caring for people through the honesty and beauty of their craft. That kind of magic brings Guillermo del Toro, Peter Jackson & Greta Gerwig to mind. 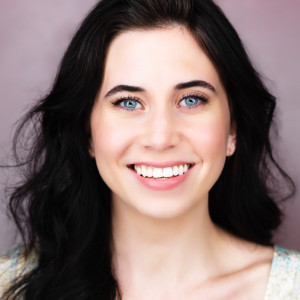 Julia was super fun and lovely to work with! "