My name is Julia Coulter and I love to help actors in anyway I can, whether that's just running lines for an audition or getting a self-tape filmed I'm here.

I trained at the Royal Welsh College of Music and Drama in Cardiff, Wales, UK (I'm not British but can do the accent if its needed for your scene). I've been in Los Angeles for the past seven years. While here I've worked in all aspects of the industry from directing to acting to voiceover to production office PA.

Tips are appreciated but not required. Venmo - Julia-Coulter-2

If you'd like to schedule in advance feel free to email me at juliaqcoulter2@gmail.com

Hailing from Hanover, New Hampshire, Julia is an actor, writer and director based in Los Angeles. A graduate of the Royal Welsh College of Music and Drama (RWCMD), she earned her BA Honors in Acting. Since 2013, RWCMD has topped the rankings of university drama and dance programs.
Julia made her network debut in the TV series Insecure on HBO, she has also appeared in several Investigation Discovery Channel shows, plus numerous short films and web series. Julia has worked as a voiceover artist for Voxx Studios for over four years, dubbing TV series and movies from Spanish, Russian and Chinese into English. 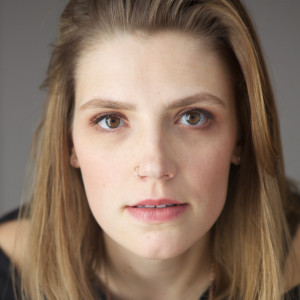