I am a veteran Dance Educator and professor, an actress-singer-dancer, with a comic flare. With a multitude of experience Off Broadway, Film and TV I have also written three one-woman shows that played in NYC, Florida and now on Zoom!
Currently, I am writing song lyrics and collaborating with a Music Director/Arranger and have released an original dance single on YouTube.
https://youtu.be/JKDTJXGC2BI

I would love to read with you!

Judi Mark was born in Chicago to a musical family and encouraged to express herself creatively. Her dynamic range of training included ballet, modern dance, jazz, theater, voice and piano which set the stage for a successful performance career spanning over decades with appearances on television, film, Off-Broadway, concert stage, regional theater, cabaret, and the high seas. She studied with the Martha Graham Dance Company on scholarship and moved to New York. While studying acting with Bill Hickey, she performed in Off-Broadway productions, film and television. Her vocal studies with many world-renowned professionals based in NYC prepared her for work at dinner theaters, cabarets and distinguished venues such as The Algonquin, The National Arts Club, The Metropolitan Room, The Iridium, Sweetwater’s, Sign of the Dove, Judy’s Chelsea, Cabaret in the Museum and Florida nightclubs at Les Violins, The Copacabana, and the Konover Hotel.

Inspiring the younger generation, Judi entered the field of Dance Education in the late 1980’s with professional credits, a B.S. in Education and MFA work in Dance/Choreography. With a record of success as a dancer-singer-actress and her unique application of skills, she became a master teacher, creator and curriculum writer of high school sequential dance programs in the NYC public schools, producing over 20 dance concerts and teaching thousands of dance students during her tenure. She was also an adjunct professor at Marymount College and worked as a supervisor of student dance teachers at Hofstra University.

Combining her life experience, her one woman show “Judi Mark Dancing Through Life” is a tribute to dancers who inspired her, women who made songs famous on Broadway and the Silver Screen: Miller, Miranda, MacLaine and many more. The show is also a tribute to Judi’s mother and to the generation of music from the Great American Songbook, 1930’s to the present. Enjoyed by audiences of all ages, reviewed in New York and performed at The Laurie Beechman Theatre, The Triad, NYC and various venues in South Florida.

As member of the New York Friars Club, she produced the hugely successful, “Girls Night Out,” “Triple Threats” and Ballroom Dance events. 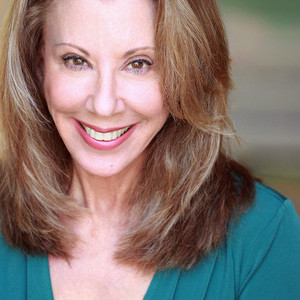 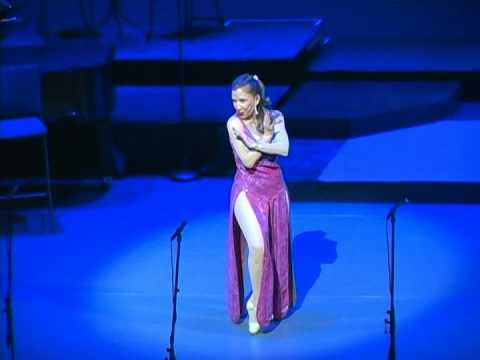 Judi was an excellent reader! I loved her input and supportive attitude! "
"

It was a pleasure to meet and work with Judi! Thank you so much! "
"

Wonderful reading with Judi! Fully invested and a great energy! "
"

Judi was super sweet and an excellent reader! She gave me awesome feedback that helped me really bring my character to life in a very authentic way! Can't wait to work with her again! "
"

Judy was super helpful and patient as a reader, would love to work with her again. "
"

Friendly, charismatic, experienced... what more can I say! Book her! "
"

Judi was so patient and had great feedback! "
"

Thanks for being an awesome reader! "
"

Judi was such a gracious reader on a late Saturday night! Takes feedback well and able to just jump right in to make the most of your time together! Thanks, Judi! "
"

Judi is a very nice and friendly reader "
"

She was very patient with me, since at first the sides were upside down so I resent it to her. "
"

Had trouble with sides, will re coonect. "
"

Judi was fabulous. This was my first time using We Audition and she gave me the space to do a really difficult and emotion scene and made the experience feel safe. Super grateful for her talents and for helping me - highly recommend! "
"

It's rare I get to work a fellow New Yorker. Judi was PERFECT for the role! Thanks! "
"

Judi is a very patient and excellent reader. Such a gem! "
"

Did a nice read of the script. Got some good practice in and, through discussion of the scene, made some revelations "
"

Great reader! very flexible and patient with the technical difficulties we had "
"

Judi is a wonderful reader! I appreciate her help, and certainly hope to work with her again. Thanks Judi! "
"

Great reader, great to work with! "