Former navy helicopter pilot and officer with over 10 years of experience producing, coaching, directing, and acting in combat simulations in the air, at sea, and on the ground. I left the navy last year to pursue a career in acting and directing. I studied the Meisner technique in New York and am currently directing and coaching fellow actors in audition prep, acting technique, scene study, and monologue work.

I grew up and worked on both coasts of the United States and can help with neutral American, west coast, and southern dialects. 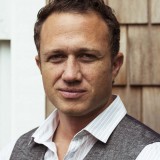