As a reader, I love playing off of actors, surprising them to get their best performance.

Whether you just need practice for an audition or you need assistance with a self-tape, I'll help you create the best and most authentic performance.

If you need a new showreel or to add to your existing one, I can help! www.jhteditor.com

Jon Harrison Taylor is a Los Angeles-based writer/actor/musician by way of Dallas, Texas. He is the youngest son of Stax icon Johnnie Taylor. Jon's acting career began as a little nine-year-old boy with a big Afro eating a giant hamburger for a supermarket commercial. As an adolescent, he appeared in the musicals such as The Wiz, Damn Yankees, and Little Shop of Horrors. At 15, Jon started singing lead vocals and playing guitar in rock bands and continued to lead groups throughout college. After moving to Los Angeles, Jon spent much of his time recording and traveling the world as a professional lead guitarist with major label artists. He has played shows across the US and Europe and has appeared on The Carson Daly Show, The Ellen DeGeneres Show, Soul Train, Top of the Pops, and more. In 2017, he created, wrote (music and screenplay), produced, directed, and starred in the rock n’ roll comedy web series Sweet: The Show, which was recently nominated for the prestigious 2018 Hollyweb Awards in Hollywood. 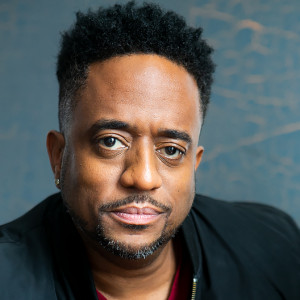 So helpful and ready to work! Took amazing direction and helped me LOVE my takes. "
"

Generous with his time and flexible with what I asked and needed, thank you Jon! "
"

An amazing reader! Professional and patient. I highly recommend him. "
"

Thank you for the direction! "
"

Very helpful reader. Enjoying recording my self tape with Jon "
"

Jon is a fantastic reader. He's kind, talented, and immediately makes you feel at ease. I loved working with him! "
"

It was really fun reading with Jon! "
"

Really loved working with him. Made me feel very comfortable. Was very present. Will work with him again for sure. "
"

Loved working with Jon - he gave me the exact energy I needed for this scene! "
"

Jon was a wonderful reader! Super helpful, patient, and supportive, I'll definitely book him again. Thank you so much, Jon!! "
"

Amazing reader who was so patient!! "
"

Jon nailed it on the first take. Will definitely use him again. "
"

Great read! Very playful. Helped me find some variations on a tricky co-star "
"

Patience and a team sport. "
"