A warm hello to you all! I've been acting since I was a wee babe doing plays at school. My professional training began at the Youth Performing Arts School and continued with a BFA in Theatre Arts at Boston University. I've since done over a dozen short films, a few features, multiple commercial campaigns. I'm well versed in self tapes and complete on average 2.3 a week on my own (I'm also extremely scrupulous on keeping my audition data, happy to share how). I'm also thrilled to help with...

Let's get you booked!

Known for his goofy humor and elastically expressive face, Joey Heyworth is a British American stage and screen actor. Joey's extensive professional training began with a B.F.A. in Theatre Arts from Boston University where he discovered his passion for physical storytelling. He continued training around the world with companies such as The Actors' Gymnasium, The Groundlings, Spin Circus Academy and Cirque Du Vol.

In 2016 Joey moved to Chicago and began focusing on a variety of screen work, from Byran McHenry's love-letter-to-Chicago web series FOMO, to commercial work for brand giants such as K-Mart and State Farm, all while at the same time honing his screen skills in nuanced short films such as Robin Humbert's Fertile Myrtle and Ross Kugman's Let Go. Shortly after moving to LA in 2018, Joey made his feature film debut in James Lay's outlandish comedy The Other Side Of Infinity. 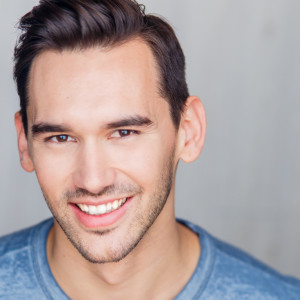