Based in the UK - don't let my British accent throw you off though, I'm really patient and will give you anything you want in a scene to help you out. I'm never rushed and would hate to rush you.

Worked in the industry for over 10 years and am really easy to work with. I have a natural British/Modern RP/Estruary accent but the bulk of my work has been in various American accents. Anything voiceover related I can help a lot, having worked with brands like Dove, Philips, Google, Hive.. to name a few. As well as video games and animations.

If anyone needs help with any British Sign Language for a role they are going for, I can also help. Additionally I have a keen ear for accents and I'd be honest and constructive in my feedback to help you get where you need to be.

Easy ways to describe me:
- Natural Redhead
- British Sign Language Skills (Level 3 CSW Level)
- Great at accents
- Used to be involved in and perform Stand Up Comedy... who knows, maybe I'll start back up again when this craziness is over with?
- Dual National
- Bit of a geek - sci fi, board games, fantasy, video games - I love it all!

Originally born and bred in Kent, UK. Lived in North America for 8 years which is where I got into acting and basically have a split personality for accents!

I've been involved on-camera for MOW's on Hallmark Channel, documentaries on Discovery Channel, Films, Series, Commercials and on stage.

When it comes to voice over I've worked with some heavy hitters being their brand voice (to name a few):
- Dove
- Philips
- St Ives
- Hive

I love being able to do what I do. 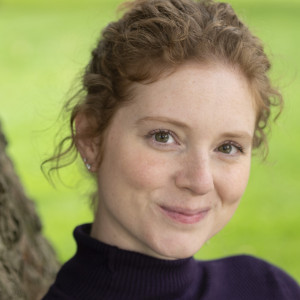 Jennifer is an absolute dream boat with perfect timing & a fabulous voice. Will read with her again :) "
"

Lovely person, a great reader, and a pleasure to work with. "
"

So lovely and supportive. "
"