Latina filmmaker - Soy actriz,y modelo¡ Estoy Feliz! Born and raised in Berkeley, California. I have been acting since childhood in performance pieces for theater and street. Dancing, skateboarding, music, and acting defined my childhood. After completing the conservatory program at the Guildford School of Acting in Surrey, Guildford, England, I began auditioning and securing roles for film and television. I played Wendy for 4 seasons on NBC's Passions daytime television, and I have had two films that have gone to Sundance and WON. THIS IS MARTIN BONNER won the Best of Next award at Sundance 2013 and won the Independent Spirit Award 2014 - John Cassavetes. In 2019 my short film Pappy Hour premiered at The Chinese Theatre in Hollywood at the HollyShorts Film Festival (the only Oscar qualifying film festival.) My short film Emma (I play Emma,) went to Cannes 2015. My Smosh webisode has at the current time 6.6 million YouTube hits, and I continue to record voice over for video games, commercials, tutorials, and web content on a daily basis. In addition, I coach VO students across the nation and I teach VO to autistic young adults every Saturday at Actors For Autism in Glendale, CA. I love to run for charities too. I run a 10K for a fireman's charity in northern California every summer (my 5th year,) and I run Race For The Rescues at the Rose Bowl in Pasadena every October for our precious rescue dogs. For fun, I run half marathons all over California. I love my life. :) 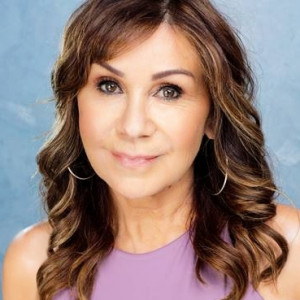 Jan is so kind and helped me feel prepared for my callback, thanks so much! "
"