I have a clear, articulate standard American speaking voice.
I am an excellent cold reader (thanks to my literary addiction)
I can give you as little or as much as you would like from a reader

I find this very fun, I am non-judgy, I am an encourager by nature and think we all have so much of ourselves to bring to what we love.

Janet Carter is an actress born in Baltimore, MD, and a graduate of the prestigious George Washington Carver Center for Arts & Technology and The American Academy of Dramatic Arts. After completing her drama studies, she was admitted to the Academy's highly-selective advanced repertoire company. During that year, she honed her craft in a series of stage productions, including Bus Stop, The Brutality of Fact, The Prime of Miss Jean Brodie and Chris Durang's uproarious A Mess of Plays.

Informing Janet's process has been extensive international travel, residence in eight different US cities, competition as an endurance athlete and a prolific tenure as a ghostwriter, penning 1,200,000 words for diverse projects. She is currently performing in leading and supporting roles for various feature-length and short independent films, starring in national and international commercials, appearing in print and digital campaigns for numerous brands, and doing voice over work. She is a dramatic and comedic actress with a fondness for learning and exploring new territory. 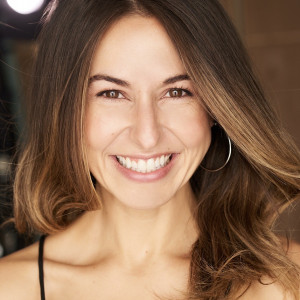