Jane Drake Brody is a regular cast member of HBO's Somebody, Somewhere, starring Bridget Everett. She received a Los Angeles Weekly's Best Actress award for her performance in Absent Friends produced by Jean Stapleton. As a casting director, Jane received a Casting Society of America's award for the Coen brothers film Fargo.

More Info:
Her mentor was Michael Shurtleff, author of Audition and her approach to acting instruction is based in his famous Guideposts.
Jane is retired from The Theatre School at DePaul University as Associate Professor of Acting Performance.

Jane Drake Brody is one of the most influential acting teachers in the US. She has literally transformed the lives and careers of thousands of actors.

"In college, one of [Joe] Keery's professors, whom he describes as 'genius,' made him complete a five-year plan and most of it is coming true. That professor was Jane Brody...." ~ from a Chicago Tribune interview with actor Joe Keery of the hit Netflix series Stranger Things.

“Jane Brody took me by the hand as a teacher and casting director, and led me from obscurity and destitution to a career as an actor, which was no mean feat. Even today, years after leaving her class, I find myself relying on the principles and ideas she presented to her students, which I may never have encountered otherwise.” Michael Shannon, (Tony Award: Long Day's Journey Into Night, Golden Globe Award for Best Supporting Actor Screen Actors Guild Award Outstanding Performance by an Ensemble in a Drama Series along with the cast of the HBO period crime series Boardwalk Empire).

“Jane Brody is a defender and champion of all that makes an actor capable of a great career. She is an artist’s best friend: a liberator and a disciplinarian, a zealot and a traditionalist, a constant student, and a master of field.” Harry Lennix, multiple award-nominated actor, Man of Steel, The Matrix, The Blacklist

“As a former student, I was able to use Jane’s principles early on in my career and there is no doubt that she helped prepare me for the long, winding, up-and-down path that eventually lead to my role on Modern Family.” Eric Stonestreet, two-time Emmy Award-winning actor 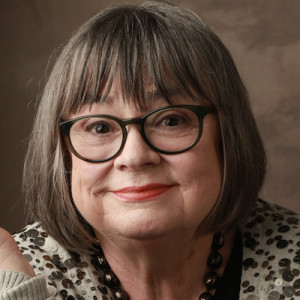 Jane is simply the BEST coach on the platform. Book her!!!! "