Amy is a Session Director at Laughing Vikings Entertainment in Toronto where she works with actors to prepare strong and effective auditions. We'll have fun while creating the best takes for you to choose from!

Amy is currently in The Conservatory Program at The Second City, and has completed industry internships in both Canada and Australia (Agency 888, Armstrong Acting Studios, Vast Yonder).

Amy Emanuele is a Canadian actress whose roles include the Australian independent film "Hannah: and Other Misadventures" and Netflix's "Lunatics". She is part of The Second City's Conservatory Program to create and perform original work as an ensemble.

Amy holds a Bachelor of Creative Industries in Entertainment and Drama with Distinction from Queensland University of Technology and has trained with The Mocap Vaults, Pro Actors Lab, Armstrong Acting Studios and The Second City Training Centre Toronto. She has completed industry internships in both Toronto and Brisbane including Armstrong Acting Studios, Agency 888 and Vast Yonder.

Outside of performing, Amy is a Session Director at Laughing Vikings Entertainment in Toronto where she works with fellow actors to prepare strong and effective auditions. She also manages the Artist Development Program for Juno-nominated group Girl Pow-R, to help young performers build strong skills and sustainable careers. 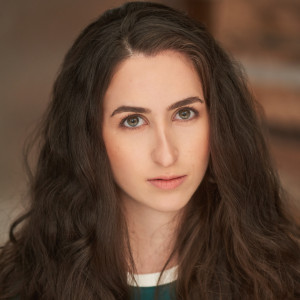