Hi! I'm a British actress, originally from the countryside in Norfolk but now living it up in London.

I graduated from the Guildford School of Acting in 2017 and have been working as a professional actress ever since.

Hi! I'm a British actress, originally from the countryside in Norfolk, but now living in London.

I love anything to do with fitness and am highly skilled in stage/screen combat - with qualifications in multiple weapons, including broadsword and unarmed. In addition I am an experienced puppeteer and one of my favorite past times is running. Aside from fitness, I enjoy playing the flute and piano.

My recent credits include touring the UK as Gladys in 'The Lost World'; playing Auntie in the VR Film 'Cosmos Within Us', and Jane in 'Just Another Jane' at the RADA Festival. 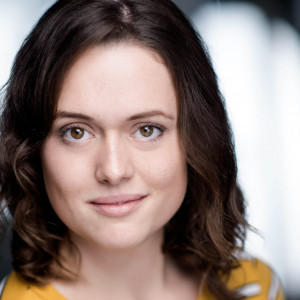