Isla Hughes - born Molly Hughes - was born in Duston, Northamptonshire, to Ellie Hughes. Hughes began acting classes at 3 years old after watching Hello Dolly! on repeat since birth and becoming adamant on having a career as an actress. At just 16, a successful arts college offered Isla early acceptance to study performing full-time. She moved to Brighton, alone, the following summer and began studying to become a musical theatre performer. In her first year she signed with successful agent, Elaine Eaglestone at Eaglestone Management. After 2 years of training and 3 qualifications, Isla took a chance and left school early to pursue opportunities in film. From there she began working and never looked back. During her free time, Isla enjoys reading, meditation and adventures with friends.

I am a young, sassy - but classy - LGBTQ+ woman with an alternative look, buckets of confidence and just enough sarcasm to be considered amusing. I’m ballsy and never afraid to push the boundaries to get the best out of a situation. I’m also a singer/actress with an unhealthy obsession with Barbra Streisand’s hit song Guilty. What can I say, I have taste. I also have an affinity for picking up scripts quickly and absolutely adore an accent - although imitating in public has gotten me in trouble MANY a time! I’m currently represented by the wonderful Elaine Eaglestone at Eaglestone Management. 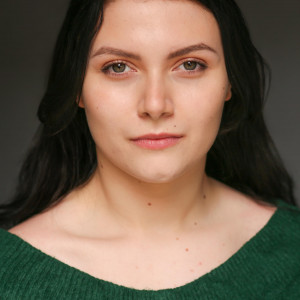