Hiya! I am an American actress based in London with a native American accent. I can do a variety of American accents and can also advise on accents. I am also able to do a perfect British accent if needed.

I also have professional audio equipment so can ensure my assistance sounds the best that it can be. Ultimately, I am looking to meet and connect with other actors and help in any way I can!

Isabelle Schuler is a Swiss-American actress and screenwriter living in London (and able to work across the US, UK, EEA, and EU thanks to her dual nationality).

She recently wrote, produced and starred in the short film Baby Steps, which went on to win Top 4 at the Shakespeare Film Festival and was screened at Crossing the Screen Festival. Baby Steps is now screening in an online exhibition with the Shakespeare Birthplace Trust. She also created Women's Month, a video series celebrating International Women’s Month 2018 and dedicated to diversifying performances of Shakespeare. The second series was released in March 2019.

Alongside her own projects, Isabelle has acted in various short films in LA, and appeared on London stages last year as Romea in a gender-bent Romeo and Juliet (or Romea and Julien).

Outside of making Shakespeare more accessible through music and film, Isabelle is drawn to adaptations of familiar stories, told from a different perspective. She is currently developing a feature film based on the 12th century folktale Bluebeard, and is in pre-production for her next short film which she has written and will star in, Introducing Evelyn, a comedy about loneliness.

Lastly, she is pitching her first TV Pilot, Queen Hereafter, which was Longlisted by Thousand Films Script Competition supported by Sid Gentle Films. 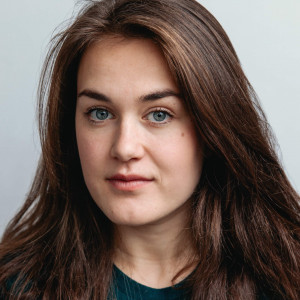