My name is Iris and I'm a SAG-AFTRA actress, writer, director and producer based in Los Angeles. Since August 2021, I've booked 4 national commercials, 2 costars (Network TV show, Major Streamer), a feature film and have 10+ years of theater experience. My short film, "Promises" which I wrote and directed is in currently in post-production.

Happy to give you whatever you need - neutral read or with ~feeling~. Can give suggestions / adjustments or simply be a voice. Let's BOOK IT!!

Iris Liu is an actress, writer, director and producer based out of Los Angeles. She recently wrapped two supporting roles in upcoming feature films, including the Wayfarer Studios feature, NEVER BETTER, opposite Sofia Bryant and Piper Curda, and executive produced by Justin Baldoni. She makes her television debut on ABC's "The Goldbergs".

Previously, she has portrayed a lead role in the hip-hop musical, KRUNK FU BATTLE BATTLE, in a role originated by Broadway’s Joan Almedilla (Miss Saigon).

The upcoming short film "Promises" marks her debut as a writer / director, and is currently in post-production.

Iris is represented theatrically and commercially by Julie Smith at Smith & Hervey/Grimes Talent Agency and studies at Diana Castle's The Imagined Life. 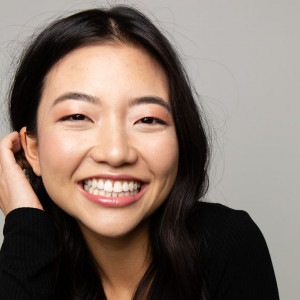 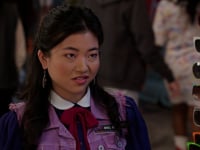 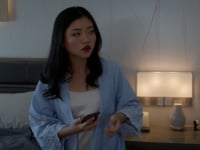 Iris is awesome. She will help you because her heart is in it. "
"

Iris is sharp with great insights and instincts! Book her! "
"

IRIS IS LITERALLY THE BEST OF BEST! "
"

Iris was a life-saver for a last minute scene I had to do! Super helpful and gave me a fun read for a scene with improv "
"

Iris is so lovely and commanding and helpful. Excellent and direct notes for when you're in a pinch! "
"

Super sharp and giving with her insights and a clear, engaging reader. Thanks, Iris! "
"

Phenomenal. Iris is so giving, her energy is infectious, and if I book this gig I owe her coffee!   "
"

Yes!! helped me sort through an audition I was struggling with. great reader and had good insight and ideas. will definitely hit her up for my next tape! "
"

Iris was so fun to read with! Great feedback. "
"

A wonderful Actress and reader ! Next mvp on this for sure . "
"

Fantastic! So helpful and smart-- great with the pacing of a wordy ass scene "
"

Iris was a great reader. Would work with her again! "
"

Thank you so much for a great read Iris! Really appreciated all the feedback and thank you for checking in with me after the takes. "
"

Very pleasant to with with "
"

Iris is great, lovely energy & an excellent reader. Thanks so much. "