Hi there! I'm Iliana and I'm a SAG-AFTRA actor with credits on Netflix, HBO Max, NBC, Comedy Central to name a few.
When I'm not acting, I also direct sketch comedy and coach actors full time. (So if you want notes & coaching during our sessions I am so happy to offer them. If not, I will happily be a great reader who gives you *stuff* to work off of.)

The actors I've coached and read with say I offer a safe & encouraging space for them to play & showcase their artistry. I pride myself in being your biggest cheerleader and helping you find the fun in your auditions!

I'm a Meisner trained actor and UCB/Second City trained comedian and have had the pleasure of studying with amazing teachers like Anthony Abeson, Jess Cummings at The Freeman Studio in Bob Krakower technique, Devin Shacket, and Ted Sluberski.

Enough about me, I cannot wait to collaborate with you and help you nail your audition or callback!

Iliana Inocencio is an actor, comedy writer, and director with recurring roles on The Tonight Show with Jimmy Fallon and The Iliza Shlesinger Sketch Show and appeared in Orange Is the New Black, Kal Penn Approves This Message, Ronny Chieng Takes Chinatown, and The Other Two to name a few. She has appeared in two NBC Diversity Showcases performing original comedic characters. She is co-creator of AzN PoP!, a satirical musical comedy group that was named one of NBC Asian America's Voices to Watch. For more: www.ilianainocencio.com 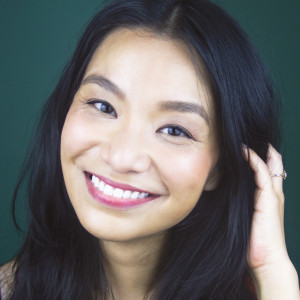