Hi, I'm Hayley Reeve and I'm an Australian actor living in London. Growing up in Perth, Western Australia. I graduated from the Principal Academy of Dance & Theatre Arts in 2015. Where I did a lot of theatre, cabarets and gigs. In 2016, I moved to Europe where I worked in theatre, travelling around Spain.

Now I've settled in London and with my main focus on Film/TV, I've recently written, produced, and starred in my short film, "This is Zoe" which will be out in 2021.

I am an avid learner and I enjoy helping people. I am experienced in character development, improvisation, sight reading, accents, learning lines and different techniques to get into the scene and character.

Happy to read as many times as you’d like, with as much or as little assistance as you desire.

If you want to schedule a time in advance, feel free to DM me on Instagram!
@hayleyannreeve

"Everyone around you is a potential teacher"

Hayley Reeve grew up in Perth, Western Australia and is the daughter of Robert Reeve and Debra Brimble. Hayley graduated from the Principal Academy of Dance & Theatre Arts in 2015. In 2016, she moved to Europe where she worked in theatre, travelling around Spain. Now settled in London she wrote, produced, and starred in the short film, "This is Zoe" which will be out in 2021. 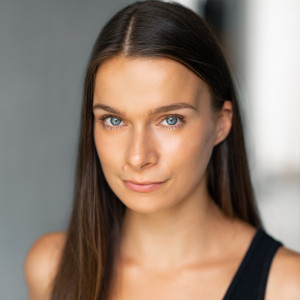 I had a great read through with Hayley, I definitely recommend her ! "
"

Hayley is lovely. Present, patient, instinctive and ready to play in the scene. Wonderful to work with. Will definitely work with her again. "