Hello! Thank you for clicking on my reader profile, it's lovely to e-meet you.

As a fellow actor, I know you're most likely looking for a reader who is patient, calm, good at quickly picking up on the tone, pace and feeling of the glorious audition script you've been given.

Even better if the reader can put you at total ease, and help direct your performance to its highest level AND remain a confidence-giving listener and scene partner.

If any of that sounds good I'm your woman.

I've been in the acting game for almost six years, and I've worked equally in theatre and film. And I ADORE actors and acting. In my own work I've been called exceptional, oscar-winning, 'given me chills', rare and stunning - and I want your performances to shine too.

Hayley's latest work includes her role as Janey in 'Family Reunion' written and directed by Elie-Pierre Bassil, assistant producer on Academy award nominated 'The Insult' (2017), which was cast by Heater Basten casting.

She has also worked with up coming director Giulia Gandini on 'Alright'. Giulia's lastest work, short film 'My Time' has been long listed for this years 2019 Oscars. Other work includes 'Cleaning Up' (winning honourable mention at the Festigous Festival, LA). And a number of theatre performances on the London Fringe including as Claire in 'The Maids'.

Also an artist, she's a graduate of Drama Studio London (gaining places at East 15 and ALRA too). She began acting with the National Youth Theatre while at Leeds University where she studied Contemporary Art Practice, and continued acting in community theatre before gaining a place at drama school. 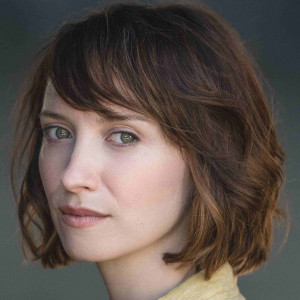