Grace Julianna is a bi-coastal actor who booked her first gig at the age of 9, a pilot for PBS called Finky's Kitchen and has not stopped working in the business since then. During the difficult time of Covid-19, Grace was fortunate enough to work on an industrial commercial about Cryptocurrency by director David Jakubovic. She also filmed a movie called "I Love You Anyway" in November that will be out in March 2021, directed by Anna Matz and produced by Justin Baldoni (Jane the Virgin), the head of Wayfarer Studios. She was also able to host the " Shockfest Film Festival" virtual event where tons of independent horror movie directors submit their films. Lastly, she finished production on "Harvest Season," an independent movie by Hector Tinoco that will be released in 2021.

Grace Julianna is an actress from the North Jersey and New York City area, who moved to LA at age fifteen. At the age of nine, she booked her first gig, a pilot for the PBS channel. After the failed attempt to get the show on air, Julianna started working intensely with acting coaches, one of them being Lane Napper, who has coached Nickelodeon shows. With the experience of many TV, Film and Commercials, Julianna is ready to take on the next challenges that come with being an actress. She is in LA and here to stay and rock the big screen! 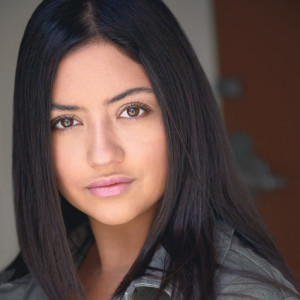