Thanks for clicking! Hope I can justify your curiosity & help you out today.

It's tempting to fire off a CV at this point but perhaps it's better for me to say that my decade in the industry has made me a good listener.

Looking to work in an unfamiliar accent? I'm your man.

I've worked on stage, screen & extensively in voice over. I coach privately in voice & accents and teach voice acting at Ealing Studios, London. All this has come about through word of mouth, passed on by satisfied colleagues and friends.

A good way of mastering an accent for an audition or job is working with someone who reads in it.

I have carved out a specialty career in screen & VO by using my skill for accents. I'm British by birth but have been hired professionally with General U.S. , Scottish, Irish (North & South), Australian, Northern English, Russian accents & more.

We're all actors & we've all been working however hard for however but if you are interested in my CV do head on over to my profile to check it out or keep in touch on instagram:
https://www.instagram.com/georgeweightman/?hl=en

If you'd like to book in advance feel free to drop me an email on georgeweightman1@gmail.com

With a decade of experience in the industry George Weightman is an actor, known for We Still Kill the Old Way (2014), the BBC's Doctors (2016) and Acceptable Damage (2019).

He won the Best Actor Award at the New York Film Festival (2019) for his role in 'Thebes Crossing'.

He also spends a little too much time lampooning & impersonating the British Prime-minister, Boris Johnson, which has seen him published in the British Comedy Guide & caused entertaining arguments with his father. 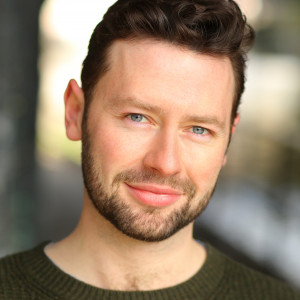 Unfortunately didn't show up to the session. I called 3x and never got him in the room. Was looking forward to working together. "
"

So great working with & talking to George. He's so thoughtful, full of great ideas to breathe new life into the scene. He's also awesome at cold reading & a master of actors. I am so grateful. Thank you. "
"

What an incredible session with George. This was my first time using WeAudition and George did not disappoint. The fact that I used up 2 hours of his time at 3am meant so much to me. Not only was he a great reader, but also a fantastic helper and advisor to everything I was doing. He gave the perfect constructive criticisms while also gently guiding me to be my absolute best by the end, all while constantly rooting for me. George, thank you so much for helping me w that super last minute audition brother. Much love. "
"

George was patient, professional and EXTEMELY helpful! I would re come down him to other actors "
"

George was an excellent reader. He was patient, made me feel comfortable, and gave great feedback. I would definitely use him again. "