Recovering criminal prosecuting attorney, turned Voiceover and Film & TV Actor. Finds the funny, loves to share the joy & raise the tone not only on set but everywhere she goes, and at nigh-6 foot tall, Gemma will be one of the best formidable presences you can cast. 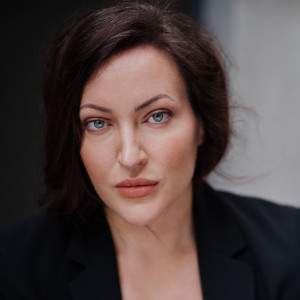