I've been in love with Theater and Film since I was in middle school, and decided later on to move to the United States and dedicate my life to pursue this career. I graduated from the American Academy of Dramatic Arts in New York and then continued my training in LA with John Rosenfeld, Margie Haber and Diana Castle. I'm passionate about the craft and love helping others, as well as learning from others!

Gaia Passaler is an actress, known for The Mystery of Casa Matusita, Heartsick (2020) and Heartsick (2019).
As a graduate of the American Academy of Dramatic Arts in New York, she comes from a solid theater training (Meisner, Uta Hagen), and her favorite New York stage role was Clytemnestra in Charles Mee’s Iphigenia 2.0.
In Los Angeles she co-starred in the Alex Theater production of 'Marilyn! a new musical', and she was critically acclaimed as Natalia in the Sacred Fools Theater play 'Inversion'. Gaia also trained with Tribeca film director Tom O’Brien, top audition coach Margie Haber, and is now working with Diana Castle and Faline England at The Imagined life studio.

Gaia acted in several independent award winning short and feature films, and is set to star as the lead role in the indie horror/ thriller Emory Woods, as well as in a supporting role in the indie drama Fragile Heart, both shooting in 2020. 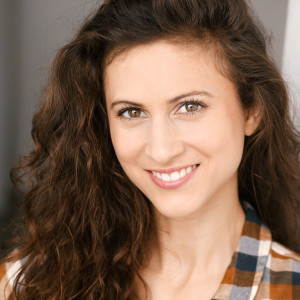