First 15 minutes are free, but tips are always appreciated!

Living and repped across the board in Los Angeles, California. I currently attend weekly acting classes and casting workout sessions. I am a reader for a few casting directors, I have utilized the help of many readers on WeAudition, and I just want to be of service to my fellow actors. Whether you need me to just read the other character's lines, give you feedback, direction, wanna rehearse, etc.... whatever you need, I got you.

Some highlights:
- Trained Meisner at the Ruskin School of Acting with John Ruskin
- Trained in the advanced class with Amy Lyndon, along with some of LA's premier acting and audition coaches.
- Some recent bookings include American Horror Stories, Beyond Paranormal, and Liquid.

Farron Marcus is an American Actor from Oklahoma City, Oklahoma, where he began performing on stage at the age of eight. Most recently he has been seen on "American Horror Stories" and "Jimmy Kimmel Live!" with Guillermo Rodriguez and starring next to the late John Heard in the feature film "Broome Street Boys". He has also been seen on stage in the lead role of Prince Charming for the musical "Cinderella" and King Louis in "The Jungle Book". In LA, he trained with some of Hollywood's most notable acting coaches where he now resides continuing his study. He is an active participant with Free Arts Los Angeles, No Kid Hungry, the Feeding America network and his community. 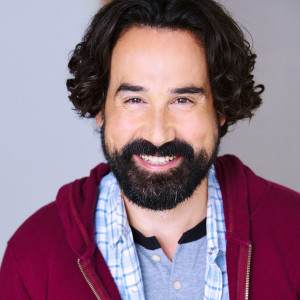