I have coached celebrities, current television and film stars, current Broadway leads, internationally working opera singers, as well as current major recording artists. I have also worked as the in house voice teacher for DefJam records in conjunction with grooming a boy band.

Singing Students have appeared on: The Voice (US) and America's Got Talent.

Students have received entry to all of the top music programs including- The Julliard School, Manhattan School of Music, Mannes Conservatory of Music, Michigan, UCLA, USC, Northwestern, NYU, Curtis, Chapman, Indiana and more.

I have been the voice teacher on staff at Playhouse West Acting Studio as well as one of the largest and most prestigious dance studios in the Los Angeles Area- Fancy Feet Dance Studio- boasting over 600 students. I have also been involved as a co-director and musical advisor for their musicals each year. Ages for this program are 7-18 and generally have a cast of 45-60. Musicals include: Matilda, Newsies, Annie, Mary Poppins, Willy Wonka and the Chocolate Factory, Lion King, and the Wizard of Oz.

Evelyn Edwards has a wonderful and active performing career. She will be seen as Summer in one of Bollywood’s biggest theatrical releases in 2021 acting with some the Indian film industry’s biggest stars - speaking both Hindi and English. She has appeared on such shows as National Geographic’s Hydrogen vs. Hindenburg, Bosch, Criminal Minds, Castle, The Mentalist, Parenthood, The Thundermans, The Kicks, Marry Me, Outsourced, the Academy Award winning film Her, and the Ridley Scott Associates film Loom. Notable theater performances include playing Hilary Clinton, Lady Macbeth, Ophelia, Olivia, and she was was honored to perform with a groundbreaking Asian American cast of Death of a Salesman at the Japanese American National Museum as The Woman. Evelyn Began her career in Opera where she sang two season with Los Angeles Opera with some of the world’s foremost conductors and directors including Placido Domingo and Academy Award winners Julie Taylor and Maximilian Schell. Ms. Edwards holds a Bachelor of Arts and Maters degree in vocal performance from UCLA and professional studies diploma from Mannes Conservatory of Music. 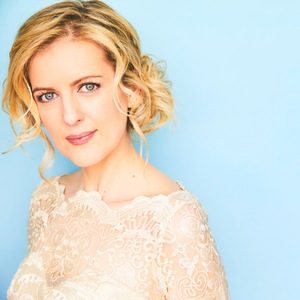