Hey there, I'm Evan! I've been in the world of acting and filmmaking for the last 11 years. I lived in New York City for 6 of those. I attended Neighborhood Playhouse School of Theatre and Upright Citizens Brigade. I'm a filmmaker as well.

I can't tell you how many times I've needed a reader in a pinch and couldn't find one. I hope I can be there for you when you need someone! I've had some terrible readers before, in person and helping tape. I know what a difference a good reader can make in a performance. Looking forward to meeting you and helping you nail your audition!

Recently acted in Castle Falls in Birmingham, AL directed by Dolph Lundgren
Winner of best Actress at Atlanta Independent Film Festival
I'm a filmmaker as well and my last two short films premiered at Big Apple Film Festival in NYC.
I was the very first female hired as a mascot for The Birmingham Barons. (minor league baseball team, the one Michael Jordan played for, during his Space Jam days.)
I'm an avid longboarder, gardener, and thrift store junkie. 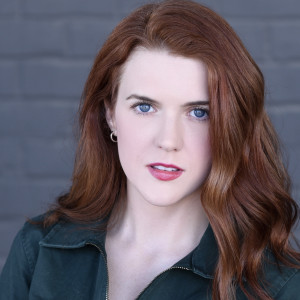