I am a Los Angeles-based actress, screenwriter, singer, and producer. I do comedy, drama, musical theater and opera! Comedically, I have done stand up, improv and sitcoms. Dramatically, I have worked with Francis Ford Coppola and study with James DiStefano from the Actors Studio. Most recently in HBO's "Alabama Snake" with a lead role as Darlene. Vocally, I studied at Manhattan School of Music. I can help you run lines, dig into the text, analyze the scene, or whatever level of assistance you want- i.e., I can coach or just run lines/ rehearse with you or any combination therein. You tell me what you need! cheers, Erin

Raised on the banks of the Mississippi River in Sauk Rapids, Minnesota, Carere later attended the University of Minnesota and the Manhattan School of Music. Between semesters, she toured the United States and Europe as a singer-songwriter; after being named "Best Female Performer" at SXSW 2010, she was offered a contract with Spinout Records and relocated to Los Angeles. While completing Poet's Lovely Daughter, Carere also worked as a music supervisor and composed her first one-woman musical comedy The One, which toured America throughout 2012. During 2015, she premiered StandUpera- a one-woman cabaret about singing, bulimia, body image and bad relationships- to excellent reviews at the Hollywood Fringe Festival.

Erin is currently authoring screenplays with her life and entertainment partner Carlo Carere. Among their work is E-Ghost (acquired by Moving Pictures Media with executive producer James Brubaker attached) and Mindgate (optioned by Joel Shapiro of Bluegrass Pictures; Simon West is directing, Yao Xing Tong starring). The pair were also hired by Settima Pictures to help script the documentary Rock: The Power of Change (directed by the Emmy-nominated Konwiser Brothers).

In 2018, the Careres wrote and produced a short called Near Death, which sold to AMC's Shorts TV. This success inspired a pilot of the same name, which placed as a finalist in the 2020 Nashville Film Festival. The dynamic duo also inked a purchase agreement with Chamber Zero Films Ltd. for Time Zero, on which they'll serve as executive producers and voice actors. In addition, their sci-fi pilot Dark Horizons swept forty-six screenwriting contests, winning six (Final Draft’s Big Break among them) and placing in all others. As a result, director/producer Mike Le’han has come aboard. Currently, Erin and Carlo are in post-production with their espionage-rom-com Spy v Spia, following a 2019 Kickstarter campaign which raised 20K.

While she's sung some of the most beautiful songs in the world- Flower Duet from Lakme, Piaf's La Vie En Rose and Bocelli's Time to Say Goodbye (Carere's cover of this Classical crossover has clocked nearly 1.5 million plays on Youtube)- she's always looking for ways to incorporate meaningful storytelling, high art, humor and broad commercial appeal into her work.

As an actress, Erin has appeared in numerous film, television and stage productions, most notably in Taylor Mac's Pulitzer Prize nominated A 24 Decade History of Popular Music and HBO's Alabama Snake. She is a card carrying member of SAG-AFTRA, AEA and ASCAP. 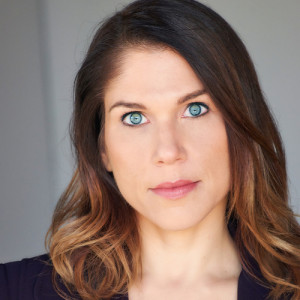 Brilliant! So patient and brought a lot of energy and commitment to the scene which really helped me. Would highly recommend! "