So, I'm a pretty damn good reader. Experienced. Like, been a reader for casting offices - reader.

Don't know it all, but I've seen it all.

Also great with discussions and dissecting a scene. I'm an actors-director. So I speak the language. If needed, of course.

Anyways, need money for coffee. Because coffee is life.

Eric Marq is an acting chameleon known for his ability to lose himself in the life of his characters. Raised in the small town of Palm Springs, California, Eric attended College of The Desert, where he quickly discovered his love for Film and Television. Shortly after graduating, Eric packed his bags and made the move to Los Angeles to pursue Acting full-time. In 2011, he began his career using his real name "Jose Hernandez III," but two years later began billing himself as "Eric Marq" in tribute to his mother whom originally wanted to give him that name. 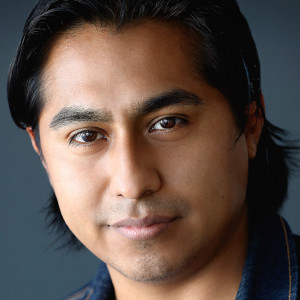 He is a damn good reader! Experienced and easy going will use again "
"

Amazing reader! Genuine and honest feedback. Will definitely request to read with him again :) "