Hi, I'm Emma Irene and I'm based in Los Angeles.

I absolutely love reading for actors and honestly have so much fun both with cold reads and when given the opportunity to help break down a scene. I've studied text analysis at Northwestern University and Identity School of Acting and improv at Upright Citizens Brigade.

Let's enjoy the audition process together!

Emma Irene Olson is an actor and writer and has appeared in several live and virtual theatre productions as well as film. Emma Irene graduated from Northwestern University with a Bachelor of Arts in Communications Studies and an involvement with theatre and music. After graduating college she spent her career in corporate retail then small business ownership before returning to her love of performing in 2020. She has trained at
Identity School of Acting in Los Angeles as well as with Upright Citizens Brigade Theatre in Los Angeles and has taken workshops facilitated by Gina Young and private voice lessons with Martha Eis. Emma Irene Olson is known for Baseline (2021). 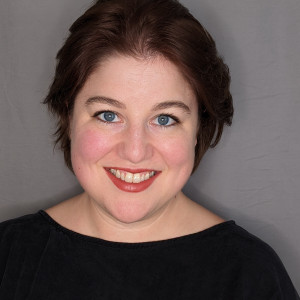