Hi there!
My name is Ella Cannon and I am an actor hailing from Melbourne, Australia, currently living between Los Angeles and Vancouver.

I have been acting for over 10 years and am 100% proficient in Australian, American and English accents. I got started in theatre, playing many leading roles in plays such as The Innkeeper and The House of Atreus. at 17 I also moved into screen work and began working in Australian TV series such as Neighbours and Winners and Losers. It wasn't long before I moved across the pond and became known for my roles in CW's iZombie and Supernatural, as well as for the leading roles in 4 tv movies across Lifetime and Hallmark. I am currently gearing up to head on the festival tour with the soon to be premiering film Trees of Peace which is repped by UTA and is gaining considerable success in the circuit already, as well as working on my own feature as a writer/producer/actor.

I would love to help you smash your tape out of the park! I believe with my experience I've reached a place where I am able to offer thoughtful suggestions to make your tape stand out from the rest. I am also happy to act as a mere support if you are comfortable with where your work is at, and read for you in a way that is giving and supports you in creating the performance you are aiming to give. I understand auditioning can be a stressful process and I am more than happy to give you whatever time you need to get this thing down properly!

Ella May Cannon is an Australian Actress best known for her roles of 'Rachel' in iZombie and 'Peyton' in the upcoming film Trees of Peace. Ella was born in East Melbourne, Australia, and grew up on a small farm with her parents and younger brother.

Ella began acting professionally at 17 and initially began showcasing her talents through theatre. Her first leading role was that of Electra in the NIDA production The House of Atreus, shortly followed by Grace in the Wax Acts Theatre Company's original play The Innkeeper. After many years of studying her craft in numerous institutions, Ella has followed her career pursuits as a professional actress all over the world from Australia, Los Angeles, Mexico and Canada. After completing production on Trees of Peace, which is gaining considerable success on the festival circuit already, she has since gone on to film 3 back-to-back leads in feature films for major networks in the midst of the covid pandemic. Her past credits include roles on the Australian all-star series 'Neighbours', 'Winners and Losers', and CW's fan-favorite series 'iZombie' and 'Supernatural'.

Ella is 100% proficient in Australian, American and English accents 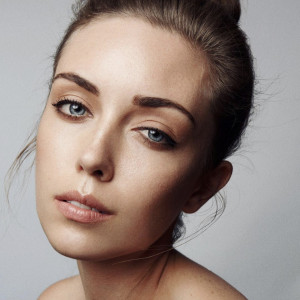