I am an older actress. I’ve performed on Grimm and The Librarians in Portland, OR as well as several independent movies. I am a member of SAG-AFTRA and Self-Management For Actors.

Have a last minute audition?
I have extensive experience in cold-reading.

Self-taping?
My record is 90 self-tapes in 90 days. Ask me about it sometime. I’m a great coach.

Need a dramatic partner?
I have a Theatre degree and continuously take classes.

Need a comedian to brush up your Improv skills?
I have years of Improv and comedy under my (somewhat large) belt.

I can also do animal sounds and a blood-curdling scream, but no one ever asks me for those! 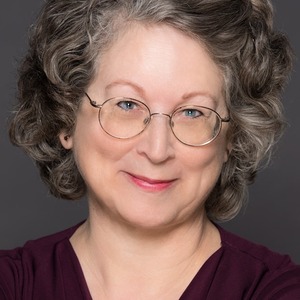 She is a great reader and a very hones you can trust her opinion. "