Hi everyone, I'm an actor from Ireland based in London. I have been involved with many plays and feature films since graduating drama school in London.

I'm happy to read with you and make suggestions as we go!
Here for any of your stagey needs:
- Running lines
- Breaking down a scene
- Character development
- Learn/Practise an Irish accent

I'll be your most supportive, hype girl! Let's book that job!

My name is Elaine Mc Adam, I am an actor from Ireland who graduated with a professional diploma in musical theatre in 2020. Despite graduating into a worldwide pandemic, I have kept very busy with creative work and development, being cast in various cabarets, plays and workshops. Following that I completed a season working as a lead vocalist at a very popular TUI resort in Majorca. Here I worked as part of the Entertainment Team, providing family friendly entertainment from morning to night. Singing a variety of styles including pop, rock, musical theatre and folk in a ten show performance rota, six days a week.

Most recently I was part of a feature film which was filmed in Ireland by the title Dublin Crust which is currently in post-production.

I am currently self-represented so please contact elaine17642@gmail.com
Favorites 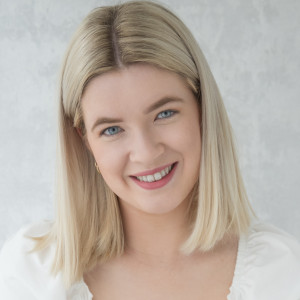 Amazing reader! So fun to work with! "
"

Lovely and made me feel comfortable "
"