Hello! Beyond my credits, I've trained across various full- and part-time courses, masterclasses, private coaching sessions and short courses since around 2010. I've worked with Ian Rickson, Carol Rosenfeld, Larry Moss, Les Chantery and Ellen Burstyn to name just a few. I've been told I'm a very generous actor which is a great quality for a reader! I ran a self-tape studio back in Melbourne for a few years back home and really love the work. I'm curious, love playing with what my actors have to offer and/or making suggestions depending on what they prefer. My aim is to get a truthful, playful performance from you.

Dylan is an Australian film, TV and theatre actor, having moved to the US in late 2022. He has done over 50 short films, had recurring guest and guest roles across a range of television shows including Neighbours (Channel 10 AU), The Pacific (HBO) and It's A Date (Channel 7 AU). He has played lead and supporting roles in over 20 plays and is a co-founder and producer of Lightning Jar Theatre, an award-winning Melbourne based theatre company. 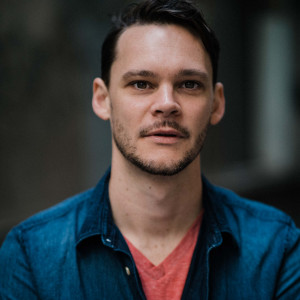