Hi, my name is Dylan Neal and I've been a working actor, writer and TV producer for over 35 years. I started in Canada and moved to Los Angeles in 1992, where I lived for almost 30 years before moving to Europe in 2021.

I've had the good fortune of having 8 series regular roles in both dramas and sitcoms, numerous major recurs in both genres and too many leading roles in TV movies and film to count and while much of my time now is spent creating and writing new TV projects, I also still audition for roles and need readers like anyone else.

After 35 years as an actor in the business, trust me, I know what it takes to book a role and become a working actor. As a producer, I can share with you what we all talk about in the room once you've left or once we're reviewing your tape and are making our decisions. I've probably made every mistake there is over the years and I'm here to help you avoid the pitfalls.

As time permits, I'm also willing to offer career advice along with being a reader for those needing someone with experience. I can't promise I will always be available but I have a lot of experience in private coaching and seminars and I know all too well how valuable it is to work opposite a talented actor when reading for those important jobs. As an actor there are things you learn in class and then there are the real life lessons and experiences you learn over decades spent on a set and in the audition room. With well over a thousand auditions, hundreds of filmed TV episodes and well over 10,000 hours on set, I know I can help you on your journey.

Dylan Neal is a well-recognized face on television having had series regular roles in eight American television series and many recurring roles over a thirty five-year acting career. Recently, Dylan finished a three-year run as the male lead opposite Andie MacDowell in the TV series Cedar Cove, playing the role of Bob Adams, the father of Anastasia in the Fifty Shades of Grey trilogy and the recurring role of Dr. Ivo as one of the main villains on CW's Arrow.

As a writer and producer, Dylan partnered with his wife, Becky Southwell in 2003 when they wrote and sold their first pilot, Westminster Dr. to Sony. Since then they have gone on to write and executive produce numerous TV movies and pilots, including the successful murder mystery franchise, The Gourmet Detective (in which Dylan also stars) for the Hallmark Movies and Mysteries channel.

Having spent over twenty five years in Los Angeles, Dylan and his family have recently moved to Europe, and live close to Lisbon, Portugal. While Europe is his home base, Dylan continues to work and travel extensively in North America, where he is currently playing the recurring role of Daniel Booker on RIDE. 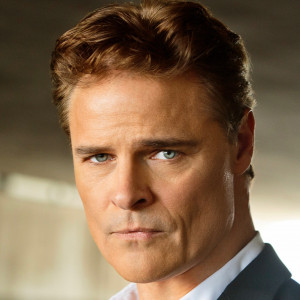 Excellent service and a pleasure to find someone who really knows the deal. Highly recomended "
"

Working with Dylan was great! He has great notes and gets into to different characters so easily. Will definitely work with him again!! "
"

Omg what a Pro! So helpful and had good knowledge for being in this game i highly recommend him "