Dominique is a classically trained actress who is a graduate from LAMDA (London Academy for Music and Dramatic Arts).
She has such a passion and curiosity for the craft that it has lead her to pursue multiple disciplines within the business, one in particular being coaching. Unearthing a true talent for coaching in 2020, she launched her coaching business Dom.B_Coaching shaping talents and assisting them in booking more work and sharpening their skills. She helps actors with self tapes, audition prep and monologue work. Bringing insightful feedback and notes to your time slots so that you feel more confident about your work.

Clients have booked Charmed, HBO’s Insecure and Off Broadway productions.

Classically trained, Dominique has played roles from Shakespeare’s Queen Margaret of Anjou to Arthur Miller’s Tituba in The Crucible. Miss Brown has completed her M.A. in Classical Acting at LAMDA (London Academy for Music & Dramatic Arts). Prior to Graduate School, Dominique originated the role of Minnie in Abortion Road Trip, a new work performed at the Capital Fringe Festival, which won best comedy and had the honor of performing at The Kennedy Center in Washington, DC. Most recently Dominique was seen in Campaign’72 , a one woman show, as Shirley Chisholm, in DC. 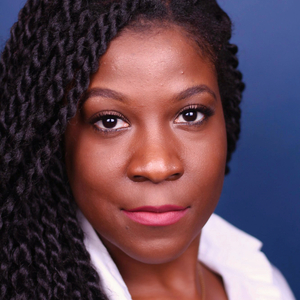