After coaching with me for her auditions one of my local mentor clients booked her agent, runner up for 1st place in a huge competition for voice over, and 3 commercials her first month out as a pro.
.
Happy to keep my coaching hat on during a reading (if asked).
Happy to just support you and be the most professional and supportive reader for you and leave my coaching hat off if that's what you prefer. I'm a professional SAG-AFTRA actor with an MFA in Acting from NYU. So I get it. Your process is very precious to me and I'll respect that either way.
.
I've pretty much been a professional reader for 25 years now as a coach. I love bringing characters to life straight off of the page and will always respect my fellow actor by giving you just enough to allow you to shine as a reader.
.
Reader Bio: Dawnnie owns and runs a successful acting school and coaching program through her company TADA Acting Studio.
https://www.facebook.com/TADAactingstudio
She has an MFA in Acting from NYU's Grad Acting Program.
https://resumes.actorsaccess.com/Dawnnie
.

Actor Bio:
Dawnnie Mercado is a Theatre, Film and TV actor and owner of TADA Acting Studio in Tehachapi California. She is most known for her empathetic mom roles such as the mom who once gave birth in the back of a taxi on E.R. Speaking of taxi, Dawnnie portrayed Lucy in the theatrical release of "Dracula" twice, maintaining the role despite being hit by a taxicab one New York afternoon just weeks before leaving town for its remount. This also earned her the title of "one tough broad" among friends. Her tenacity was ingrained in her by her mother early on who it is said to have worked as many as three jobs at a time to keep a roof over their family's heads. Dawnnie's career started with her first acting class at UCLA, which lead to Cal Poly Pomona, UC Santa Barbara, then finally to New York City's famed Tisch School of the Arts where she earned her Master of Fine Arts in Acting. Since then, Dawnnie has consistently worked as an actor, teacher and coach while raising her daughter and her family of dogs. In her career she has earned roles playing opposite Tyne Daly, Vincent D'Onofrio and Rick Schroder. She is represented by Stein Entertainment Group.
.
She is exceptionally proud to be a female entrepreneur, mom, coach and actor and living a hyphenate life where being more than one is not only possible but celebrated.
.
Over 30, latinx, plus size...all of it. #CreatingTheHollywoodWeWant #SMFAninja
https://resumes.actorsaccess.com/Dawnnie 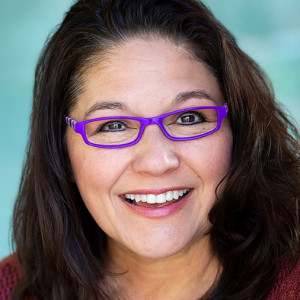