Hi there! I would love to help get you the role you want, by being the best and most accommodating reader I can! Quick info about by myself: I'm an actor, who loves what he does! A short film I starred in, wrote and directed was just a finalist at "The New York Lift-Off Film Festival. I also just took part in Theatre68's 9th Annual One Act Festival as one of the stars of the play: "Evenings". I want to help in any way I can to make your audition the best it can be, I will make the time for whenever you need me! Have a great day and I hope to hear from you soon!

I graduated from McDaniel College in 2016 with a degree in cinema and film. During college, I worked as a film intern at Fairfield Studios in Shreveport, LA and Lionheart Talent Agency & Management Group in NYC, as well as wrote, directed, and starred in my own short film and a comedy series. It was during my college experiences that I realized my true love was actually the magical world of acting.

Currently, I live in NYC where I continue to embrace working on the craft of acting by attending classes at NYFA, Stella Adler, the Barrow Group, as well as all four levels of improv at UCB. I make funny sketch/impression videos on my YouTube Channel and Instagram Page. I have also appeared on stage in NYC in the productions of “A Sketch of New York”, “Conversations with an Average Joe”, “The Little Mermaid”, “UCB Improv”, and “A Christmas Carol”. I continue to hone and develop my acting skills and have joined a theater group, Theatre 68, for which I write and perform. I also am a table reader with the Facebook group Get Inspired. I love acting! As a cross between Michael Cera and Robin Williams, this “Enthusiastic Nerd Seeking World Domination” can fit into many different worlds. I am always excited for whatever role this quirky best friend you want to root for can take on next! 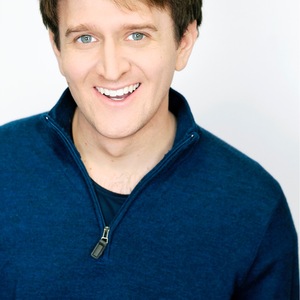