Hi there I'm located in Nashville, TN (Central Time Zone).
I'm usually available before 1pm on weekdays and have a lot of flexibility on weekends.
.

David Ditmore is an American actor known for playing characters that often live on the edge of their emotions. In comedy roles, his characters are often a fish out of water type or somebody loosing control of their situation. In drama roles, his characters are often commanding authority or maintaining calm in the middle of chaos. With 80+ credits in his career, David Ditmore has shared the screen with some well-known talent including: Robin Williams (Boulevard), Nicole Kidman (Boy Erased), Lucas Hedges (Boy Erased), Joel Edgerton (Boy Erased), Connie Britton (Nashville), Eric Close (Nashville), Powers Boothe (Nashville), and Eric Roberts (Deadline). David had an unexpected start to his career in acting. He shared this story about it on his website: I began my acting career as a child in Charleston, SC. My mom took me to an open call audition for a play to see how auditions worked. When we got there, they asked me to sign in - I wrote down my info- figuring it was a mailing list for future auditions - but actually I had just signed up to do a cold read audition while I was there. We went in the theater, took a seat and watched several auditions for about a half hour. Then my mom and I decided it was time to go, but just as we were getting up from our sets, they called my name up to audition. I was surprised because I was not prepared, nor knew what to do, but I went up on stage anyway. I told them a little about myself and read a few lines. They thanked me for my time and we left. My mom and I laughed about the whole experience all day, not thinking anything would come of it. But a few weeks later I got a letter saying I had been cast in the ensemble! I was thrilled and enjoyed the entire experience. And I that is how I unexpectedly started my career in acting. During the pandemic in 2020, he was cast as an actor for a film competing in the 48 Hour Film Project - but the director and team had to pull out of the competition at the last minute. Undeterred, David decided to make a film all by himself in just 2 days. He wrote, directed, shot, edited and starred in the film: "Love Yourself" - the short film won 3 awards in the competition and then arrived on the film festival circuit where it won an additional 9 awards. 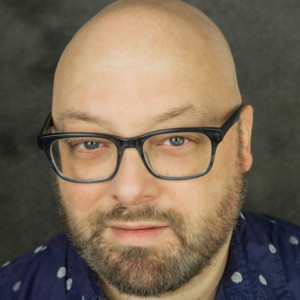