I’m a professional stage and screen actor and acting coach with a combined experience of almost twenty years.

I’m hoping that I can help you with your next audition, or first-time scene preparation if you are new to this. I have worked with all levels of acting experience, from absolute beginners to long established veterans.

Some of my areas of expertise include; blocking for camera, character development, emotional context of scenes, and an extensive range of dialects. I can read and perform in a vast range of accents as required.

- I offer insights & services in many areas including -

- Breakdown and scene analysis for audition

- Memorization Techniques that are easy and work

- Costume and props (props should always be minimal)

- Self Tape editing; including audio and video encoding services on your behalf or just advice and guidance.

I have worked in both Europe and North America and appeared onscreen with some of Hollywood’s leading actors including; Henry Cavill, Eva Green, Sam Neill, Jonathan Rhys Myers, Neal McDonough, and Steven Williams. I have also got to work with the amazing cast of the hit HBO series Game of Thrones.

I have a background in professional theatre and many years of professional training and education.
I have qualifications from The London Academy of Music and Dramatic Arts including a Gold medal stage performance award for acting skills and technique. I have also trained under several internationally recognized names throughout North America, including; Clair Sinnett - Los Angeles, The Actors Connection L.A, Mel Tuck, and Kirsten Clarkson.

For your scene-work, let's begin with sending me your scene breakdown and script a few minutes before we start the session. This way I am not wasting your time familiarizing myself with your scene and the characters involved. Working this way will allow us to get straight into the scene after we have had a chance to say hi.

If I am am not online please feel free to email me your sides and breakdown material and request a time for reading or coaching.

I will reply promptly between the hours of 10am - 10pm Pacific Time.

I look forward to connecting with you! 😊

David Coakley is an actor and writer, known for Project Blue Book, Maze, Camelot, and Game of Thrones . 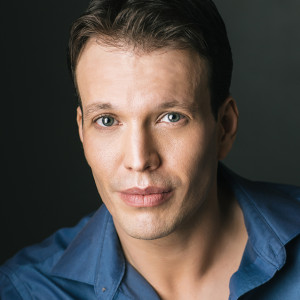 David is an amazing reader!! Thank you for all your notes! "
"

Absolutely enjoyed training with David! Learned a lot including regarding research on characters and projects; Super-satisfied with this experience; Very grateful and thankful; "
"

David is an excellent reader and had great suggestions! "
"

So helpful and so thoughtful! "
"

Great at helping with eyelines and grounding the read. "
"

David was very professional, gave me great advice, and helped shape my scene! "
"

Wow ABOVE AND BEYOND! I can't wait to work with him again! "
"

Awesome ! he was soo patient with me. He took his time to really go through the scenes and discuss choices and character. Loved his energy! Highly recommend. "
"

David was so friendly and super helpful. Thank you, David!! I look forward to working with you again. "