I have been acting in the LA area since 2013. I have studied numerous schools of acting and have enjoyed studying with Kimberly Jentzen, Kimberly Crandall, Gunnar Rohrbacher, and am now studying under Judy Kain and Stacy Edwards. I spent most of the last several years in the indie market but am making the transition into more mainstream tv and film.

Let's see..... what else?
I am a huge film and tv nerd and will happily take all the time you need to go over an audition or chat about your character to get to the heart of a scene.
If you need a quick run-through, I'm here for that too.
I'm well-versed in improv, a bit heavy on the comedic side, but I love drama and, like any funny person, am always crying on the inside. Kidding! Mostly.
In all seriousness, I want you to be as prepped as possible so that you can give your absolute best in your audition or on set, and I will do everything I can to help make that happen. Let's book it, baby!

If I'm not online and you want to schedule something please reach out via Instagram or email me to set something up.
All of my socials are: @ohthatdarcey
ohthatdarcey@gmail.com

Darcey Rhoads was born in Missouri but grew up as a perpetually sunburned redhead in Texas. Most of her younger days were spent as a classical musician by day and avid movie watcher by night. After years of trying to be a dutiful daughter, she ditched her French horn and moved to Los Angeles to pursue acting. She lived briefly in a hotel but managed to land her first indie film role two weeks after arriving in LA. She is best known for her recurring stint on Joseph Gordon-Levitt's variety show, HitRECord, on Netflix and is currently diving into audiobook work in her spare time. 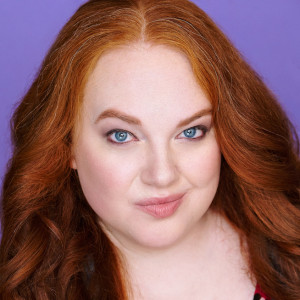 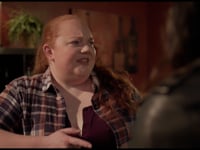