Daniel Thomas is an Australian artist based in Hamburg, Germany. At 16 he featured in the Documentary ‘The Hillmen: A soccer fable’, Directed by his father Steve Thomas which won Best Documentary at the 1996 Australian Film Institute Awards. He completed a Bachelor of Arts Degree in Architecture at Deakin University in Victoria. While working in the Architecture industry he was the drummer for original Melbourne rock-pop band Loomset & later The Spiral who he relocated to London with & performed shows until 2010. In 2012 he relocated to Hamburg, Germany & began pursuing a career in film. In 2014 he directed the short documentary Walls. He has since featured as an actor in commercials & TV bit-parts. In 2018 he played the lead role in the indie feature film Edda Tudor. In 2019 he wrote, directed & starred in the web / TV pilot Tippy Top: Hunt & Gather which won small film festival awards in Paris & Prague. In 2020 he self-published his first novel Ride, a fiction, coming of age story inspired by his time in rock bands.

Danny performed over 500 shows as a drummer in rock bands across Australia & Europe. After touring he trained as an actor at the Martz Walker Acting Studio in Germany & the New York Film Academy. He was recently the lead in Volkswagen's international 'Who is Tom?' commercial & played a supporting role in the short film 'FALL' currently in post-production. He resides between Melbourne & Hamburg. 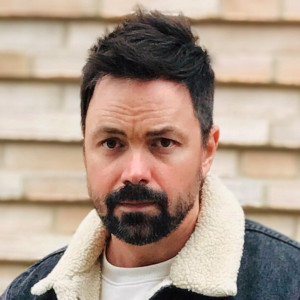