Daniel Scott Siegel was born in Pensacola, Florida, the son of a Dentist and a Nurse. He moved to New York City to be an Actor, right after high-school, and was accepted into the American Academy of Dramatic Arts.
After AADA, he began working as a Stand Up Comic in NYC, booking comedy tours in the Tri-state area, Los Angeles, Central America and London. Comedy lead Danny to working in television, he got his SAG card working as a stand-in on shows like Gossip Girl, Blue Bloods and Law and Order.
Compelled to be an actor full time, Danny moved to Los Angeles and began studying acting at the Gloria Gifford Conservatory and was cast in leading roles in their award winning productions. Working hard on stage has gotten him multiple theater accolades.
Danny is a Shakespeare trained actor, having played leading roles in GGC productions of "Much Ado About Nothing", "The Comedy of Errors" and "Antony and Cleopatra." Danny has worked with TV executive producer/writer Sy Rosen (The Wonder Years, Sister Sister) landing a lead role in a staged production of "Almost Touching". He was cast in multiple roles in the West Coast premiere of comedy legends Joe Bologna and Renee Taylor's comedy "Love Allways"
Danny has the credit of co-writing, singing, dancing and starring in the musical "Down on Your Knees and Up to the Moon" created and directed by two-time NAACP Theater Award winning director Gloria Gifford. Nominated for a Broadway World Theater Award for Best Lead Actor in a performance of "The Motherf*cker with the Hat"

A New York transplant living in Los Angeles. Danny studies acting at the Gloria Gifford conservatory. He has been cast as a leads in their award winning stage productions. LA credits include: "Much Ado About Nothing", "The Comedy of Errors", "Down On Your Knees and Up To The Moon", "Love Allways", "Antony & Cleopatra", "The Motherf*cker With The Hat" and "The Art of Dining" 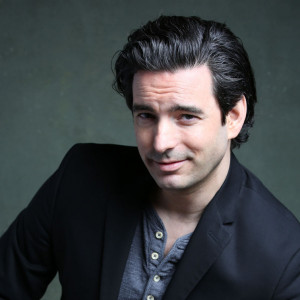