My names Daniel Kühne,
I love playing real people—brave characters who go against the status quo and challenge the norms of society. I also have a blast playing charming assholes!

South African born but based in LA for the last 4 years. I've had the incredible privilege of acting in various network television shows and studio features, as well as a stream of Festival Nominated Shorts.

Id love to help out as a reader. Reading is a great way to connect and hone the skills together.

Looking forward to it ;)

I just wrapped on a dark comedy thriller feature, set to be released later this year in September.

I also worked with DJ caruso in his new feature "Redeeming Love" coming to theaters in the fall.

I played an Undercover cop in NETFLIX's "Deep Undercover" 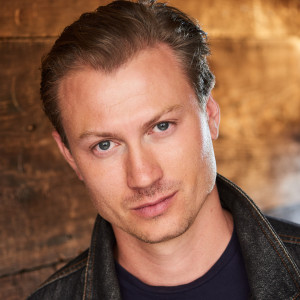 Daniel was amazing! He is a very patient reader! "
"

Not only a great reader but a great coach as well. His suggestions and notes were spot on they really helped me get from A to B in the intense emotion I had to achieve in this script. I highly suggest you use him and listen to his helpful feedback! "
"

Fantastic reader! Will definitely request him for future auditions. "
"

Another fantastic session!! such a kind young man and an great actor!!! gave me some great hints and tips! "
"

Fun! really quickly got into the nitty gritty "
"

Daniel is so easy going & such a thoughtful & generous reader. "