Graduated from the University of Glamorgan with a BA (Hons) in theatre media drama in 2004, having previously attended Salisbury College for a diploma in performing arts.
My largest and (personally) greatest role has been Hamlet at the Minack Theatre,Cornwall; where I was awarded honoury best performance their 2018 season.
I was the face of the online/in-store Panasonic commercials in 2013,
In 2015, I produced and directed a play about breast cancer to raise money for his local breast cancer unit, raising over £2,500.
A regular face amongst the Salisbury fringe performers. I am currently training to be an Assistant Practitioner at Salisbury A&E, where I have worked in the Hospital for 11 Years.
With over 20 years experience in acting on screen and stage, i have an excellent insight into character study, reading and performing.
I was due to Play Mr Rochester in Another way theatre's production of "Jane Eyre" this June at the Minack Theatre, Cornwall; but due to Covid-19 it was cancelled. I am spending most of my time now, writing and filming short films or sketches, reading and a majority of my time at the moment, nursing sick people in A&E in levels 1-3 PPE.
I am an avid Star Trek, James Bond, Batman and Sherlock Holmes fan, bit of a movie buff, comic geek, eighties music connoisseur and Shakespeare aficionado.
I have been a fully trained butcher and fishmonger in my youth and have once owned and worked on a classic car.
You could say I'm a jack of all trades master of none, but I'm pretty handy on stage and in an emergency!

Dan Avery is an actor, known for
Hamlet (2018) at the Minack Theatre, (Honourable mention for best performance in a lead role)
Macbeth (2013) The New london theatre
The seagull (2015) at the Minack Theatre
Olive Green (2014), The Soft Touch (2011) and Lawrence: After Arabia (2020).
Main model in Various Panasonic online/in-store commercials
Regular member of the Salisbury Fringe, also works as a Trainee assistant practitioner (Nursing) in Salisbury emergency dept. 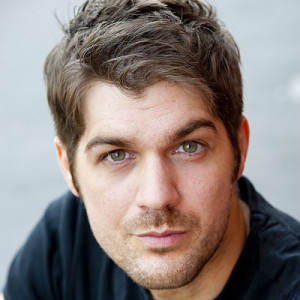