NO FEE! TIP ENCOURAGED BUT NOT MANDATORY!
If I am not online feel free to message me on Instagram or email me: damianbeurer@gmail.com

I want to work with you and provide a safe and engaging space to allow you to do your best work. I will give as much or as little feedback as you desire and am happy to make adjustments to my own performance to give you what you need to work off of.

DAMIAN BEURER: A native of Glastonbury, Connecticut, Damian Beurer has lived and worked in Hollywood for more than a decade. Having worked in front of, behind, and above the camera, he has become a "Jack of All Trades" in the entertainment industry. Damian has directed features, pilots, documentaries, webisodes, commercials, PSA's, music videos and award winning short films. His ability to understand so many facets of a project give him an unparalleled advantage and in turn make him able to take any project to new heights. 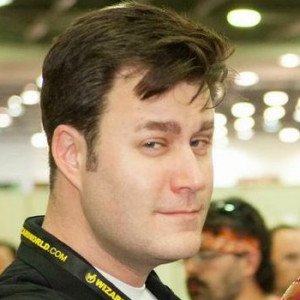 Easy to work with, gave me exactly the kind of comic read I needed for the right tone. "
"

DAMIAN!!!! He's a FANTASTIC reader and gave me all the energy I needed from the moment the self tape started! I really admire a reader who can provide that energy from the start; it helps with the nerves and it lets me know that the reader is just as excited to work as I am. He also gave excellent feedback to help me create my best take. I am so happy to have met him and I can't WAIT to work with him again! THANK YOU SO MUCH AGAIN DAMIAN!!! "
"

Damian is a fantastic reader! Very helpful and very patient! "
"

Damian is a great reader and great personality as well! Gave me couple very useful tips! Appreciate it! "
"

One of my best readers to date! Helps that works behind the camera as well :) "
"

Damian was fabulous to work with! "
"

Awesome notes! Thoughtful human and able to conceptualize the scene really well. From all perspectives; Producer/Director/Actor "
"