Happy to help you land that role! Book that gig! Steal that show! LOL :)

Curtis is eager to dive into the script with you and help you analyze the scene, give ideas on how to switch it up, or just simply read with you. He wants to see you succeed!

He currently lives and works in Pittsburgh, and is working to become more active in the NYC area. His acting background was established on stage with Shakespeare in the park and studying Stanislavsky. He has now transitioned to film, quickly attaining SAG-AFTRA status after 3 co-starring roles in 2021 and has starred in an internationally released film.
*You can find more information and content about Curtis by visiting his website at…

With over 18 years of experience on stage and screen, Curtis began his journey into acting with a foundation of Shakespeare and Stanislavsky, starring in many of the 20+ stage productions before fully transitioning to film.
Curtis regularly stars in independent films and shorts, has been awarded Best Male Actor (2019 Pittsburgh 48 Hour Film Project), and has landed 3 co-starring roles (Netflix, Showtime, and IMDb TV), attaining “must join” SAG status all within 2 years since leaving his education career as an elementary school teacher.
He continues to book from the PA, OH, WV market, but is now reaching for bigger markets, especially in the NY area.
His current goal is to continue to work with good-hearted, forward-thinking creatives and to secure professional representation in the NYC market before the end of 2022. 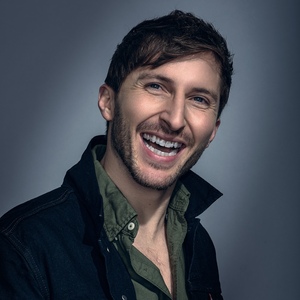 Curtis was amazing, and an absolute blast to work with. I couldn't recommend him enough. "
"

You need a reader!! Man you better hit Curtis up shood.. he knows his stuff "
"

Very helpful! Thanks so much "
"

Curtis is a great reader. So patient and kind! Dove right in. A real Pro. A+ "