Crystal Porter-Bazemore was born in Atlanta, GA. She is a graduate of Hampton University with a BA in English Arts. Porter-Bazemore is the Lead Actress & Producer for the multi-award winning film "Sound". To date, the film has garnered forty-two festival wins. Porter-Bazemore's acting credits include both studio films, Tyler Perry's "Diary of a Mad Black Woman" and Allen Wolf's "In My Sleep" to award-winning films like "At the End of the Tunnel", "What to Bring to America", and "Somebodies". Porter-Bazemore's television credits include the popular "Suits" spin-off "Pearson" to standing acclaimed shows like "Drop Dead Diva" and "One Life to Live". Porter-Bazemore is a successful voice over artist having worked with Macy's, Verizon Wireless and Cartoon Network to name a few. Her love for the theatre is where her passion for acting began. She graced the stage at the Wilshire Ebell with Loretta Divine. She has also performed at the Pasadena Playhouse, Alliance Theatre, Nate Holden Theatre and Matrix Theatre. Porter-Bazemore enjoys writing. She is a published Author of "N9NE: It Gets Easier." Available on Amazon. A proud member of Alpha Kappa Alpha Sorority, Inc. She resides in Los Angeles, CA. with her husband Director/Cinematographer, Tawan Bazemore where they share a production company, Cinema Optics.

Crystal Porter-Bazemore was born in Atlanta, GA. She is a graduate of Hampton University with a BA in English Arts. Porter-Bazemore is married to Director/Cinematographer, Tawan Bazemore. Her acting credits include both studio and award-winning Indie films; TV credits; regional and national voice campaigns; and regional and touring theatre companies.

Porter-Bazemore is a three time award-winning Actress for Tawan Bazemore's film "Sound." She is a Producer on the film. "Sound" is currently on the festival circuit. And to date, the film has garnered twelve nominations and ten wins. Porter-Bazemore's studio film credits include Tyler Perry's "Diary of a Mad Black Woman", Allen Wolf's "In My Sleep." Indie award-winning films "At the End of the Tunnel", "Gina's Journey: The Search for William Grimes", "What to Bring to America", "Somebodies", "Dark Remains", "Paparazzi", "Love & Tragedy." TV credits include a recurring role on the ABC pilot "Rom Com." Recent TV credits include, the "Suits" spin-off "Pearson", "The Soul Cafe." Other credits "One Life to Live", "Drop Dead Diva", "Barely Famous." Porter-Bazemore's voice credits include national and regional campaigns for Macy's/Lazarus/Goldsmith, Bank of America, Verizon, Georgia Power and text book narration for Prentice Hall. Theatre credits include Cecilia in "Day of Kings" at the Alliance Theatre under direction of Artistic Director, Susan V. Booth; Taylor (Understudy) in the Ovation winning play "Stickfly" at the Matrix Theatre under direction of Shirley Jo Finney; Angela Lovett played to sold-out audiences in the National Touring Company of Tyler Perry's "What's Done in the Dark"; NAACP Theatre award-winning "Sunday Mourning" and "Pieces."

Porter-Bazemore is currently writing a screenplay and co-writing a pilot she is slated to produce with Tawan for their production company, CinemaOptics. Porter-Bazemore is a published Co-Author of "N9NE: It Gets Easier." Available on Amazon. She is a proud member of Alpha Kappa Alpha Sorority, Inc. And resides in Los Angeles, CA. with her husband. 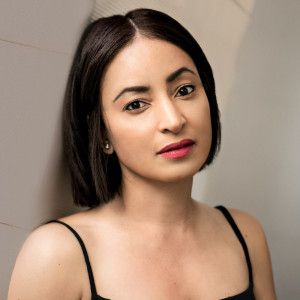